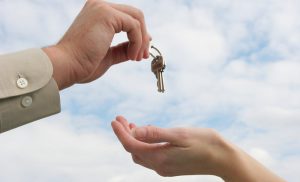 The couple rent out townhouses on the west and east ends of Panama City Beach using Airbnb, an online and app-based lodging service. In their first year using the service, the Jagiellos said they have had pleasant guests and no major problems. Their renters, who tend to be families and adults, are diligent about cleaning up when they leave.

“The quality of people has been really nice,” Alan Jagiello said. The couple actually have never met a renter in person, taking questions by phone or through the app. “They’ve been courteous. … We don’t advertise it as a Spring Break party. We have guidelines. You don’t have loud parties.”

The Jagiellos represent a new — and growing — economic sector. Airbnb, founded in 2008, allows renters to advertise their house for stays that can last a night, a week or a month. The company is active in over 34,000 cities and has more than 60 million guests. In mid-September, there were 1,000 listings in Panama City Beach, according to Airbnb Florida spokesman Benjamin Breit.

And as expected in a tourist destination, summer is the service’s the peak tourist season. That held true for the Jagiellos, who estimated they made thousands of dollars this summer.

“This was one of the best summers we’ve ever had,” Tracy Jagiello said.

And they aren’t alone.

“The annual earnings for the typical Airbnb host in Panama City Beach is $7,200,” Breit said.

Some of the Jagiellos’ renters came in for sports tournaments at Frank Brown Park. But whatever the reason for travel, the visitors are a lucrative side job for the couple; Alan Jagiello is a commercial pilot, while Tracy Jagiello is an IBM sales executive.

Rental property owners in Bay County must register and report income and taxes with the county clerk of court. For the Jagiellos, that means keeping track of rental payments and submitting monthly taxes.

Clerk of court tourist tax specialist Charlene Honnen said specific revenue figures for local Airbnb revenue are not available because individual property owners, not the company itself, report income. Airbnb began collecting and remitting the Florida Transient Rental Tax and Sales Tax in December 2015. Across the state, 31 counties are collecting home sharing taxes from the service, which are expected to generate millions in revenue, according to an Airbnb press release.

“I do not seeing Airbnb replacing hotels or rental management companies,” Bay County Tourist Development Council Director Dan Rowe said. “I see it as a niche marketing channel that connects visitors with the destination and the unique experiences that we offer.”

Hampton Inn Panama City Beach general manager Debi Knight agreed Airbnb probably will not cause changes to the hotel business, adding Hampton Inn in particular is a well known brand and has families and other guests throughout the year.

The people affected by the service, however, plan to keep it around.

“The ease of use, the amount of places down here,” Alan Jagiello said. “It’s grown so quickly. You can find a lot of places outside the norm.”